Things Aren’t Always as They Appear 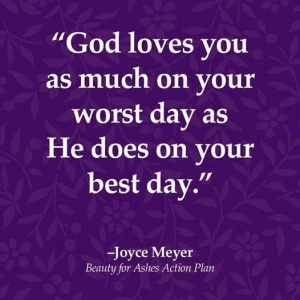 Some days just go a little awkward, you know?

Like the hot summer day over twenty years ago, when I sat by an open window repeatedly doing the a wolf whistle (the kind a man does when a pretty woman goes by), in an attempt to teach our new parakeet, Jesse, how to whistle.  After Jesse’s 10 minute lesson, I stood up and noticed that just a few yards from my window, my neighbor’s shirtless husband was wiping his car dry. Apparently, he had been washing it for at least 10 minutes.

I ran to the other side of the house in a hysterical fit of nervous laughter.

Though purely innocent on my part, I was horrified at what my neighbor might have thought, or what he may have said to his wife.

In case you’re wondering, I avoided those neighbors for a while which probably made me look guilty. Thank goodness nothing was ever mentioned. And yes, Jesse did eventually learn how to wolf whistle, but from that point on I always took a good look outside and kept the living room windows closed during his lessons.

Sometimes, very harmless things appear much worse than they are.

Especially at times like this, it’s wonderful to know that God knows the motives of our hearts, isn’t it?

Care to share something similar that happened to you?

5 responses to “Things Aren’t Always as They Appear”