Be the First to Smile!

A few days ago I stopped at Fred Meyer’s, my favorite grocery store. It was so crowded some of the aisles were impenetrable. People were rushing their carts about everywhere I looked. It took an awful lot of patience to finally get the items I needed. END_OF_DOCUMENT_TOKEN_TO_BE_REPLACED

Tagged as Bless Others, Encouragement, Feeling Alone, The Unexpected

God’s Delay on Answering Prayers is no Delay

I had just left my house and was on my way to a walk-in lab for some extensive blood tests the new doctor I began seeing required. I talked to the Lord about my level of frustration, concern, and anxiety over my health issues. As I always do when I drive, I turned on Moody Radio Station KMBI 107.9.  Within a few minutes a new program came on. I’m not even sure which program it was or who the person was, but he was talking about the death of Lazarus, and his sisters’ frustration that Jesus had showed up too late to heal their dying brother.

I was surprised by what came on next.  The man on the radio said these words: END_OF_DOCUMENT_TOKEN_TO_BE_REPLACED

Filed under Awed by His Love and Grace, Following Christ Has Changed My Life, God and Jesus, Hope, The Miraculous

Never a Loss in Prayer

I saw this on Facebook and decided to use it here because there is so much to this quote.  When you turn to God and give Him your worries, you can only gain.

What the man lost through prayer became his richest gain.

In losing anger, he gained self-control.

In losing ego, he gained selflessness.

In losing greed, he gained charity.

In losing depression, he gained hope.

In losing insecurity, he gained confidence.

In losing fear of death, he gained peace of mind.

Coming to God in prayer is a win-win situation, all the time.

Filed under Following Christ Has Changed My Life, God and Jesus, Hope

As 2015 began I felt especially passionate for a fresh beginning. Not so much a New Year’s resolution but a life resolution. For two years I’ve felt God pressing me to live simply. I wasn’t sure what living simply meant from God’s perspective but with time He’s given me little hints here and there. For instance, I realized I had too much stuff! You know things that get shoved in closets, cupboards, attics, and basements that probably won’t be used anytime soon if ever.

I’ve been slowly getting rid of things, which is not easy for me. Because I have experienced so much loss throughout my life, I unintentionally began counting on material things to make up for that loss. I developed relationships with things that held a good feeling in my memories. END_OF_DOCUMENT_TOKEN_TO_BE_REPLACED

Filed under Inner Sruggles and Heartache, Life and Relationships

CHRISTMAS: To Celebrate or Not? 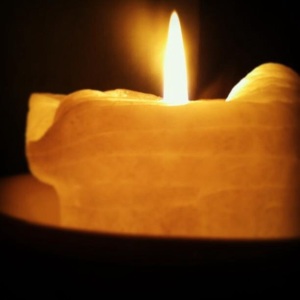 I’ve given Christmas a lot of thought this year as there’ve been articles circulating Facebook and the internet for several months about Christmas being a pagan holiday that originated with the celebration of the birth of a sun god, and that the Catholics broke away from the Roman pagan sun-god roots and declared December 25th a day to celebrate the birth of Jesus instead. And much more. (I apologize for this being a little long, it’s a complicated subject.)

Then there’s the one of a tree taken from the forest and being covered with silver and gold. Of course, most think of Christmas trees, tinsel, ornaments, etc. I read those verses before in Jeremiah 10:3-5 and looked them up again. It speaks of the god(s) of that culture, a wooden statue carved in the image of a being or an animal then literally overlaid with melted silver or gold, and Ta-dah, it’s a god! (Insert tongue in cheek here) These carved images were actually worshiped. I agree, if I did that with a tree, or anything, I would definitely offend God.

I do understand the articles. People who write them have strong convictions and I don’t hold that against them whatsoever as I have my own strong convictions. That being said, I’ve been trying not to rationalize Christmas, but rather weigh out the celebration of Christmas as Jesus’ birthday against not celebrating it at all, and took a close look at what Christmas means to me. END_OF_DOCUMENT_TOKEN_TO_BE_REPLACED

Filed under Awed by His Love and Grace, Christmas, Following Christ Has Changed My Life, God and Jesus

There’s so much I wish someone had been there to tell you when you were a small child, and in your teens. Since no one seemed to care much what went on in your life then, I decided to write to you to tell you what I would have told you at eighteen years of age. I hope you don’t mind the intrusion.

First of all, you aren’t worthless and you aren’t a failure. No. You. Are. Not.

In the Potter’s Hand

That you have made so many poor choices that you are beyond hope?

That nothing can make you worthy in the eyes of God?

I have those moments too.

In the verses above God makes a point, using the potter Jeremiah watches, the pot is not conforming under the potter’s hands. What makes the pot flawed we don’t know but we are told that the potter had to re-form the pot into “another pot shaping it as seemed best to him.” END_OF_DOCUMENT_TOKEN_TO_BE_REPLACED

Filed under Awed by His Love and Grace, Following Christ Has Changed My Life, God and Jesus, Hope

Even God Knows Relationships Are Messy

When I was a teen I was very curious about love as it was a foreign concept in my home.

At home, the word, meaning, or idea was never ever discussed… far from it. Life there was a string of harsh criticism and heartache.

In my mid-teens I became enamored with the newspaper comic strip called “Love Is.” I carefully cut out each little square and taped it inside my bedroom closet door along with the rest of my collection of Love Is comic strips trying to make sense of what love really meant. I gazed longingly at the little figures; their messages of love seemed so ideal.

I wanted their harmonious, altruistic, and thoughtful ways to be part of my life also.

I genuinely thought these little people represented the true example of love and relationship, and that anything else proved to be lack of love, something to run from. END_OF_DOCUMENT_TOKEN_TO_BE_REPLACED

A young woman went to her grandmother and told her about her life and how things were so hard for her. She did not know how she was going to make it and wanted to give up. She …was tired of fighting and struggling. It seemed as one problem was solved a new one arose.Her grandmother took her to the kitchen. She filled three pots with water. In the first, she placed carrots, in the second she placed eggs and the last she placed ground coffee beans. She let them sit and boil without saying a word.In about twenty minutes she turned off the burners. She fished the carrots out and placed them in a bowl. She pulled the eggs out and placed them in a bowl. Then she ladled the coffee out and placed it in a bowl. Turning to her granddaughter, she asked, “Tell me what do you see?””Carrots, eggs, and coffee,” she replied.She brought her closer and asked her to feel the carrots. She did and noted that they got soft. She then asked her to take an egg and break it.After pulling off the shell, she observed the hard-boiled egg.Finally, she asked her to sip the coffee. The granddaughter smiled, as she tasted its rich aroma. The granddaughter then asked. “What’s the point, grandmother?”

Her grandmother explained that each of these objects had faced the same adversity–boiling water–but each reacted differently.

The carrot went in strong, hard and unrelenting. However after being subjected to the boiling water, it softened and became weak. The egg had been fragile. Its thin outer shell had protected its liquid interior. But, after sitting through the boiling water, its inside became hardened.

The ground coffee beans were unique, however. After they were in the boiling water they had changed the water.

“Which are you?” she asked her granddaughter.

“When adversity knocks on your door, how do you respond? Are you a carrot, an egg, or a coffee bean?”

Think of this: Which am I?

Am I the carrot that seems strong, but with pain and adversity, do I wilt and become soft and lose my strength?

Am I the egg that starts with a malleable heart, but changes with the heat? Did I have a fluid spirit, but after a death, a breakup, a financial hardship or some other trial, have I become hardened and stiff?

Does my shell look the same, but on the inside am I bitter and tough with a stiff spirit and a hardened heart?

Or am I like the coffee bean? The bean actually changes the hot water, the very circumstance that brings the pain. When the water gets hot, it releases the fragrance and flavor. If you are like the bean, when things are at their worst, you get better and change the situation around you.

When the hours are the darkest and trials are their greatest do you elevate to another level?

END_OF_DOCUMENT_TOKEN_TO_BE_REPLACED

Filed under Inner Sruggles and Heartache, Life and Relationships

Find Rest in Him 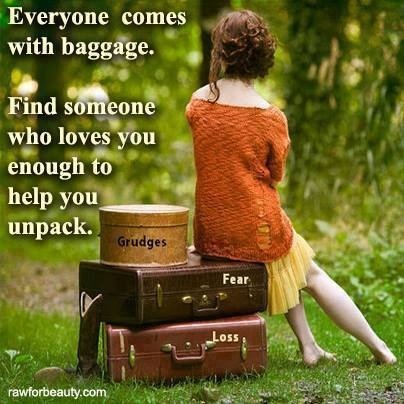 There is someone who loves you enough to not only help you unpack,

but to take your heavy burden off your shoulders and back…

Filed under Everydayliving, Following Christ Has Changed My Life, God and Jesus, Hope, Inner Sruggles and Heartache, Living for Jesus