Mother’s Day, Not So Happy for Everyone 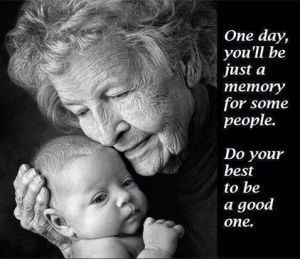 Mother’s Day has circled the calendar once more and while for some it’s a joyful mom-honoring day, for others it’s another hurtful reminder of some kind of loss.

I’m told that Mother’s Day is the busiest restaurant day, but then I also heard that about Valentine’s Day.  Perhaps it’s a tie between the two. For me, it’s one of the reasons I’m not thrilled about going out that day. There are the long waits, rushed meals, and sometimes hit-and-miss service.

So, what makes these two days so special? The celebration of love. Whether it’s celebrating couples, family, or moms, the day is truly about love.

Grateful kids off all ages love and appreciate their mothers, and probably have come to understand that motherhood is the hardest job on the planet. Even harder than the president’s job. The president’s job is limited to eight years while a mother’s job goes far beyond the 18 years it takes to raise a child. It’s a FOREVER job most mothers cherish . Even after a child’s death. I still consider myself the mother of the son who lives in Heaven.

Sadly, because parent-adult-child relationships can be quite difficult, not all mothers are celebrated through hugs, phone calls, cards, and gifts though most moms have worked themselves weary to raise healthy, productive, upstanding citizens. Despite the differences, a child never stops being part of their mother’s heart.

Then there are those for whom Mother’s Day presents a dagger in the heart. Those not yet moms but who want to be, and those who never got to be mothers regardless how hard they tried.

I would like to take the time to speak to those women. I am so sorry. By no fault of your own your dream did not come true and that massive pain cannot be overlooked.

Please know you can be a maternal influence for someone who may have lost their mother or someone whose mother doesn’t want to be a mom. These people, regardless of age, also find Mother’s Day painful.

My entire life I never knew how it felt to have a Mom. My mother’s harshness, distance, and un-nurturing ways left a crater-sized void in my heart.

Even when as a young single mom I urgently needed temporary childcare for my newborn daughter  and asked– begged–my mother to help me out until I found a permanent babysitter, she said no. It didn’t matter that I had to work and my babysitter up and quit. I even offered to pay her. She refused, claiming it would be too much of an inconvenience.  Full story here.

My heart was shattered. Out of desperation, I had no one else to turn to, I talked to a former boyfriend’s mother about my plight. This woman who’d always been kind to me, and who was recovering from a major surgery at the time, shared a piece of her heart with me by agreeing to watch my daughter though I never asked her. I don’t know what I would have done or how things would have turned out had this amazing woman not stepped up and filled this need.

I share this story for anyone who wouldn’t mind reaching out to someone else’s child. I encourage you to look around, to be mindful of anyone in as desperate need for a motherly image as I was. I know, it’s not the same as having your own children, but your open heart can touch someone else’s life forever.

I will always be grateful to the late Mrs. Hedley (she went to be with Jesus Dec. 2013) who, though not my biological mother, became a motherly caregiver.

Whether you’re a mother or a grandmother raising grandkids; whether you adopt, mentor, or take someone under your wing, regardless how you come about being maternally invested, may your kindness forever return to you.

Tagged as Bless Others, Motherhood, Not a mother, Surrogate mothering, Unhappy Mother's Day