Interesting Reblog from Beliefs of the Heart

I Wonder If Sunday School Is Destroying Our Kids

Several years ago I met with a woman distraught by her son’s rejection of Christianity.

She said, “I did everything I could to raise him right. I taught him to be like the ‘heroes of faith,’ with the faithfulness of Abraham, the goodness of Joseph, the pure heart of David, and the obedience of Esther.”

She wondered why he rejected Christianity.

I wondered why it took him so long.

What’s so bad about these Sunday school lessons?  Continue reading.

This small image carries an amazing amount of truth!  And it is too important not to share.

Filed under Awed by His Love and Grace, Everythingelse, Following Christ Has Changed My Life, Inner Sruggles and Heartache, Life Lessons, Seeds of Inspirations

Shout Out to the Lord 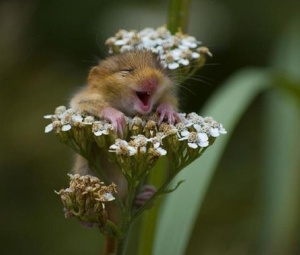 Let us all shout out and sing

As we find comfort under His wing,

We worship our Lord and our glorious King.

As Darlene Zschech says in her song “Shout to the Lord”, there is non like Him!

Filed under Following Christ Has Changed My Life, Just for Fun, Seeds of Inspirations

You know that feeling of resistance we naturally get when we are required to step outside our zone of comfort, to push further, strive harder and move past stagnation?

Much like when the momma bird pushes her young to the edge of the nest.  What is that youngling thinking?

“Momma’s off her rocker!”

“How could she do this to me?”

That little one, paralyzed by fear, becomes frozen as momma gives the final shove.

Down, down it goes until finally it gets this crazy notion to flap its wings… flap, flap, flap… END_OF_DOCUMENT_TOKEN_TO_BE_REPLACED

Filed under Awed by His Love and Grace, Everythingelse, Following Christ Has Changed My Life, Life Lessons, Life with Chronic Pain, Loss of a Child, Single Parent Struggles, Writing and Author Stuff

Everybody thinks I’m crazy. They say “You take the Jesus thing too seriously” Well, I don’t know, but, Christ took me pretty seriously when He died for me on the Cross.

An Unexpected Answer to Prayer

I received this in an email from my friend Lyn Pelton.  I wanted to share this worth-reading beautiful story with you!

A Father, a Daughter – A true story by Catherine Moore

“Watch out! You nearly broad sided that car!” My father yelled at me. “Can’t you do anything right?”

Those words hurt worse than blows. I turned my head toward the elderly man in the seat beside me, daring me to challenge him. A lump rose in my throat as I averted my eyes. I wasn’t prepared for another battle.

My voice was measured and steady, sounding far calmer than I really felt. END_OF_DOCUMENT_TOKEN_TO_BE_REPLACED

Filed under Awed by His Love and Grace, Inner Sruggles and Heartache, Life Lessons, Seeds of Inspirations

I sat on the couch with my legs pulled up to my chest much like a child would sit.  God was sitting next to me, with his arm around my right shoulder.  My other shoulder was tucked in the crook under his arm.  My head rested on his chest.

We sat like that together for a very long time.  I had the reasoning of an adult, but felt completely protected and cherished, as a child should feel in the arms of a loving daddy.

I wanted to stay there forever and feared breaking the moment, but I just had to ask.

“God, how can You stand it?  All the rejection, from people all around the world?”

“But, there have been so many people throughout time.  Millions and millions!” END_OF_DOCUMENT_TOKEN_TO_BE_REPLACED

Filed under Awed by His Love and Grace, Everythingelse, Following Christ Has Changed My Life, Inner Sruggles and Heartache, Seeds of Inspirations

Filed under Awed by His Love and Grace, Everythingelse, Following Christ Has Changed My Life, Poetry, Seeds of Inspirations

He Never Promised Us A Rose Garden

I have been a prodigal.  Saved at the age of 19, but without further mentoring or Bible studies, I tried to be a follower of Christ on my own.

I continued recklessly living my life, making poor choices as I had before.  On a rebound from a hurtful breakup, I became pregnant at 22.  The responsibility of a baby, straightened my life, but I had a ways to go.

I did not want my daughter to grow up like me, never knowing what her father looked like, so I worked at keeping a relationship with her father. Apparently, I worked too hard, I became pregnant again when she was eight months old.

We got married, but deep in my heart I knew it was a mistake. I had the naïve notion everything would work out once he saw what a good wife I could be.  Immediately after our marriage, my gut feelings were confirmed.  I made a horrible mistake. END_OF_DOCUMENT_TOKEN_TO_BE_REPLACED

Filed under A Broken Childhood, Awed by His Love and Grace, Child Abuse and Neglect, Following Christ Has Changed My Life, Inner Sruggles and Heartache, Life Lessons, Life with Chronic Pain, Loss of a Child, Seeds of Inspirations, Single Parent Struggles