The article below was posted on BookLovers1 blog. It is a phenomenal article.  When I read it, it immediately brought to mind my own similar story.

A Call From God

One Saturday night, a pastor was working late and decided to call his wife before he left for home.  It was about 10:00 PM, but his wife didn’t answer the phone.  The pastor let it ring many times.  He thought it was odd that she didn’t answer but decided to wrap up a few things and try again in a few minutes.  When he tried again, she answered right away. He asked her why she hadn’t answered before, and she said that it hadn’t rung at their house.  They brushed it off as a fluke and went on their merry ways.

Then the man said, “It rang and rang, but I didn’t answer.”

The pastor remembered the mishap and apologized for disturbing him, explaining that he’d intended to call his wife.

The man said, “That’s okay. Let me tell you my story.  You see, I was planning to commit suicide on Saturday night, but before I did, I prayed, ‘God if you’re there, and you don’t want me to do this, give me a sign now.’  At that point, my phone started to ring.  I looked at the caller ID, and it said, ‘Almighty God’.  I was afraid to answer!”

The church that the pastor attends is called Almighty God Tabernacle.

Wow, what an amazing story!  Don’t forget to visit BookLovers1 she has some great stuff!

Here is my own article similar to it though my phone call from God was not as dramatic as the man’s call above. 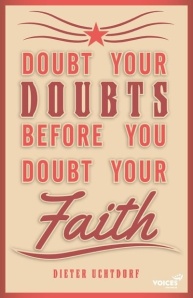 I had made it through a heart-wrenching childhood, despairingly lonely years of adolescence, a miserably abusive and controlling marriage, an ugly divorce situation , a desolate life as a single mom without family or child support, and the gigantic pile of bills my ex-husband left behind.  I even made it through a few despondent years of emptynest life, alone.

The last thing I expected to entertain—newly remarried in my mid-forties and thinking I had finally gotten the break in life I had desperately prayed for—was a plan to end my life.

Immediately after our wedding, my teenage step-sons believed their only mission in life was to regain their father’s full attention by destroying our marriage. My new home was filled with shockingly high levels of stress and antics caused by them.

All this stress greatly altered my relationship with my new husband.  His personality instantly became overtly different than that of the man I thought I married.  He did not recognize his kid’s overactive efforts to end our marriage. To make matters even more gut-wrenching, I found out–from a neighbor–that the woman across the street from us dated my husband just three years before.

Then, my bitter-ex resurfaced in my kids’ lives after years of abandonment and estrangement, twisting truth, inventing self-serving reasons for his abandonment,  and causing havoc in my relationship with my adult kids.

All this came crashing on me in a period of about eight months.  The enormous amount of stress physically overcame me, causing my back to go out for an extended time; but because I had also become financially bound due to the construction contract for a new house, I was forced to keep working until the house was finished.

I was in so much pain, I was taking hydrocodone, codeine, Advil, and aspirin all at once to cope with the pain while at work.  It was a miracle I could even function. Numerous times a day my eyes filled with tears at work because of the physical and emotional pain I was enduring.  As a dental assistant, I sat over the patients biting my inner cheeks to keep from crying over them.  My boss started complaining because I had “slowed down” at work.  Two back-to-back auto whiplashes during that time escalated the headaches and migraines I already had.

Thunderstruck by what had become my new way of life, and feeling more alone than ever; I lay in bed one evening believing my only recourse out of the catastrophe I was living was suicide.  I will never forget the moment I made that decision. I felt a peculiar and hollow quickening in my spirit.

Deeply ashamed of my new predicament, I kept my anguish to myself.

Feeling deserted by God,  I didn’t even bother to pray anymore.  The truckloads of prayers I had sent to heaven seemed to land on the doorstep of a deserted throne room.

I’m sorry, God, I thought, I just can’t take this barrage of pain anymore.  You don’t seem to care anyway.

I decided I would end my life the coming week.  Although in the past when things were extraordinarily painful the thought of suicide fluttered through my mind, this time it nestled in for good.  I had no doubt I would follow through with this.  I just had to figure out how.  I needed to be successful.  The way things had gone in my life, if I failed I would probably end up in a worse situation, or mutilated for life.  I didn’t want that. I had to think this one out very carefully.

I barely slept that night.  The next day I would begin to put a plan into motion.   When I woke up, my husband told me a woman I hardly knew from our Bible study called early that morning.

Yes, through all that insanity; I was attending a couple’s Bible study.

“God has laid it on my heart to pray for Elizabeth this week.  I don’t know why, but he wanted me to call her this morning and tell her.  I just wanted her to know that.”

The blood froze in my veins.  My husband was puzzled by the mysterious call, but I wasn’t.

I knew exactly what the message meant.

*GOD WANTED ME TO KNOW HE KNEW ABOUT MY PAIN AND HE CARED.

*HE STEPPED IN TO KEEP ME FROM GOING THROUGH WITH MY PLANS.

*HE WANTED ME ALIVE, NO MATTER HOW HORRIBLE THINGS WERE IN MY LIFE.

*HE HAD OTHER PLANS, OTHER PURPOSES FOR ME, AND AN UNTIMELY DEATH WAS NOT ONE OF THEM.

This was eight years ago, Since then my husband has rededicated his life to Christ. The Lord has repeatedly shown me that no matter how much heartache one endures, He is there right along with us. My strength and faith in the Lord is now stronger than ever.